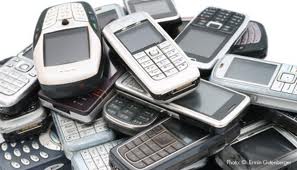 It happens or has happened to many of us at some point in time; dropped a phone on whatever body of water or floor, not enough memory to get that song/app/movie, or just need to give it up for the next phone in line but you have NO TAKERS for it. Well, don’t just trash it! Buy, sell, trade, or even try Pawning Cell Phones here at West Valley Pawn!

What can you do with this cell phone of mine?

Whether you are looking at pawning cell phones, selling a used, and/or new cell phone, or are looking to buy a good, used working cell phone, West Valley Pawn has the option for you. We check it out to see its worth, and if we like it, we give you an offer, be it outright sale price or our pawn loan price.

What Kinds of Phones Does Your Store Carry?

West Valley Pawn has an ever-changing as well as ever increasing inventory of cell phones available for you to choose from. Though we do not hesitate in our choices of phones, there are certain brands that stand out over others. We can take simple and “old school” flip phones, but the better payouts when you pawn higher-end smartphones, such as Samsung phones, iPhones, or even a Windows Phone.  But if you are looking for the BEST VALUE, it will be our Pawn Loans and they will payout higher to working, near new phones.

Pawning cell phones from West Valley Pawn and Gold not only saves time and money but there is no contract required to purchase a phone from us. If you need a phone temporarily until YOUR phone is repaired, we’re a good option for that too! Plus, pawning cell phones at West Valley Pawn is also good for the environment. Yes, that’s right; when you either sell us an old or new cell phone, trade in your used phone and walk out with a phone from us, you have helped save a number of usable phones from going into landfills. So don’t toss that old phone in the trash! Give it new life with us at West Valley Pawn and Gold, and get some cash for your trouble.

We Proudly service Phoenix, Avondale, Tolleson, Goodyear, Litchfield, Surprise, Glendale, Peoria and the West Valley cities. So visit our Used Cell Phone Store at West Valley Pawn today where you can GET GREEN, SAVE GREEN AND GO GREEN!